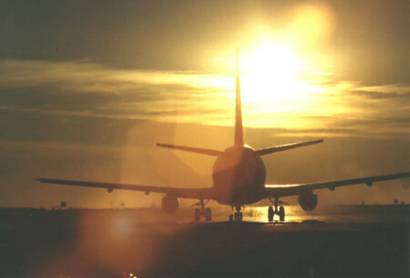 The following letter was sent anonymously to the Transportation Safety Board of Canada (TSB). The TSB thought that the message should get wide distribution and passed it to us for publication.

To whom it may concern,

Yes, we know, we know, youve read dozens of CFIT articles and it couldnt happen to you. You work very hard to maintain situational awareness, you personally identify all approach aids, and you have learned to listen more intently to ground-proximity warnings and TCAS alerts than you do to your significant other.

We do these things, too, but it still happened to us: complacency and an unusual visual phenomenon resulted in a twin-turbine aircraft with 67 people on board flying a controlled approach to a field of snow immediately to the left of a fully operational, 10,000-ft. runway!

On that mid-March afternoon, the aircraft was being flown by a two-person flight-deck crew with more than 55 years of flying experience. It was a simple arrival from the west via radar vectors and a right turn for Runway 24 at an eastern Canadian airfield. Visibility was advertised as being more than 20 mi., with only scattered cloud at 13,000 ft. The wind was blowing from 280° at 20 kt.

We completed a long right base leg, turned onto the final leg and picked up the runway visually — or so we thought. The pilot flying used a baseball cap to reduce the glare from the late afternoon sun.

The approach was flown on the PAPI-directed glideslope and on airspeed, with mechanical turbulence in the lower levels making several power adjustments necessary. Everything looked perfect for an "on-schedule" arrival until, at 200 ft., the pilot not flying said, "There's the runway — over there." An immediate correction to the right was followed by a smooth touchdown, and the aircraft cleared the runway without further incident.

Both pilots were shaken and in total disbelief at what had just happened; to set up an approach to a field of snow in these or any other conditions was beyond our wildest imaginations. What had happened?
From about 10 mi. back, we had seen, quite clearly, what we thought was the runway. The ILS/NDB information was available but was not used, since the PAPI lights were visible throughout the approach. This was a simple visual arrival on a fine day.

However, the strong north winds were picking up light fresh snow, and this had obscured the lights on the right side of the runway. The snow had also drifted across the smooth runway surface, leaving it bright white and reflecting the sunlight. The runway appeared to be an unbroken field of snow. The dimpled surface of old snow to the left of the runway, on the other hand, cast long shadows owing to the shallow angle of the afternoon suns rays. It was dark and looked, to both of us, unquestionably like the runway in use. On clearing the runway and passing on this information to the arrival controllers, two other air carrier operators immediately responded that they had also experienced the same visual illusion.

Thankfully, the two-pilot concept worked again, and pride and confidence were the only things damaged. At about 500 ft., the pilot not flying had time to question the texture of the landing surface. On closer examination, it just didnt look right, and peripheral vision enabled him to pick out the real runway surface. The fact that the approach was flown to a snowy field is frightening enough, but, when you realize that every fibre of our beings believed that what we saw was the runway, it is even more unbelievable and unnerving.

Fortunately, the solution to this problem is simple. Using all of the available approach aids would have prevented this incident, and tuning up our approach review of the airfield lighting and PAPI installation locations would also be most worthwhile for the future. In addition, clear lines of communication between crew members were of key importance to this flights successful conclusion, and the need for such communication cannot be overemphasized.

In this instance, no real damage was done, but we humbly ask that all of our fellow aviators be forewarned that, in this business, what you see is not always what you get.